There’s this saying that goes something like, “With great parenting come great responsibility“.

Not quite right?  Maybe.  But I think that parenting automatically gives you some cray super powers that you never knew you had before – ability to function for days without sleep, catching vomit mid-air and becoming a human lie detector are high up in my list of abilities.

Anyway, when you have 3 little people, the responsibility is so great that it is not often that we get to be totally irresponsible.  And by irresponsible I mean leave them with a babysitter for the evening while we go out to supper or a movie.  Sometimes we are so shocked that we’ve been freed, that we even manage to do both on the same night.  Crazy – I know.

I arranged a date night a couple of weeks ago so that Seth and I could go out together without having to go to the Spur to celebrate his birthday.  So we got dressed up and hit the town.  (Sorry for the blurry pic)

We decided to keep it local (because Knox was fussing before I got him to sleep) and so I wanted to be near enough in case we needed to be called back (it’s happened – too many times to mention).  We went through to The Avenue on 2nd Avenue in Kenilworth.  Even though the waitress must have been new, the food was so yum and the wine was well priced.  Would definitely go back again.

We ploughed through dinner and decided not to have dessert because everything had some kind of grain or dairy, but when we got up to leave we realised that it was still only like 8.30…

Seth was DETERMINED to relive some of his past and so we went down Claremont Main Road.  The line outside Stones was incredible.  I don’t know if it’s worse that they looked like they were 12 or that I used to look like that waiting in those lines.

Anyway, I could not face standing in that line to join those people in a club.  The last time I went with a friend (about 4 years ago), we witnessed everyone jump up and back away from this girl who had just wee’d herself on the couch…  And, like, that’s what I left at home to be out on this date night…  So no.

As a last attempt we decided to drive around to Springboks to see what it was like there.  Thankfully it was relatively dead so we went in for old times sake.  I thought it was quite hilarious that the chick was so amazed by Seth’s beard and that the mo section even twirled at the ends.  I don’t any of the regulars can even grow hair on their face.  Or that’s how she made it seem by her reaction. 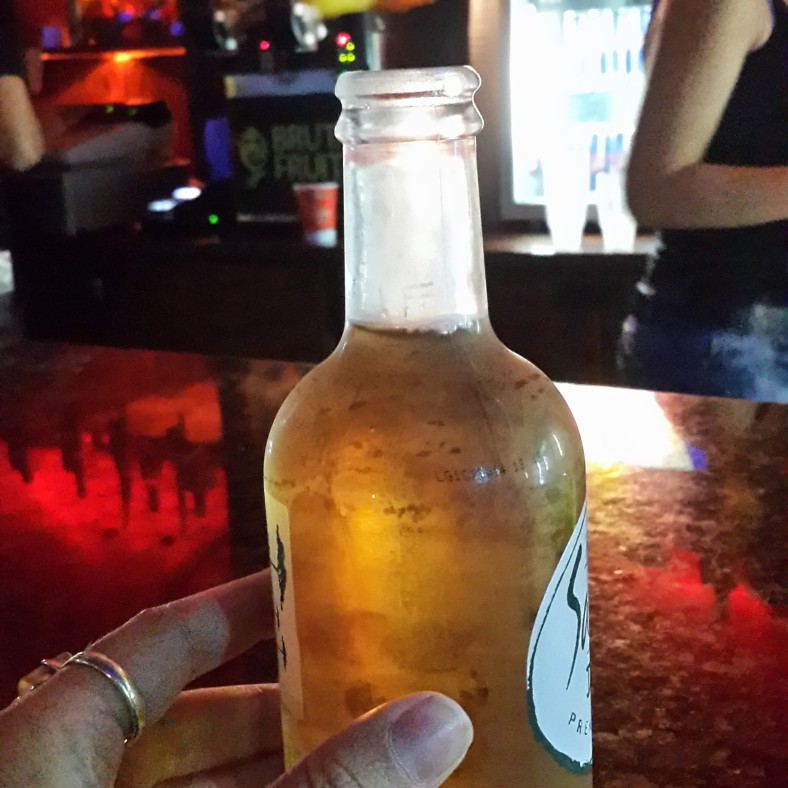 Age aside, we had a great time just reminiscing about all the good old times that we had there over the early years of our relationship and the years before that too.  I love that even after 10 years we can still enjoy each others company as much (if not more) than we used.  I would totally recommend going back to spots you used to frequent when you just got together – so many memories!