For quite a long time now I’ve seen people throw coloured paint at each other.  It’s always been pictures though and it’s this thing that originated for the Holi Festival in India but then morphed into engagement shoots, random family photo shoots and so much else all over the world.  I sat there, mesmerized by all the colours – dying to take part.

I didn’t think we would ever take part because, well, India is a bit far away and also we are like parents and stuff.  Somehow I didn’t think that the kids would enjoy having powder paint thrown in their faces.

But then our office decided it would a cool thing to go to the Colour Me Crazy Run and Music Festival and I jumped at the chance to get in on the colour action.  So the deal is you go, you get a packet of colour, you run a 5km and then party the rest of the day away to loads of different bands, all while drinking and merrily eating.

I had kind of idealised the whole event in my mind, which is never a good thing.  But despite waiting in far too many lines, feeling at least 20 years older than majority of the other “runners”, not even remotely running the 5km and burning so badly that I thought I still had the red paint stuck on me, we had a really great time.  Plus it was really cool to be out in the day light without having to constantly be on the look out for what my kids are doing.

It was a great time and by 3pm we had to leave to pick up the kids, which was quite convenient because I was so totally buggered.  Here’s to next year!

By the way the kids could not figure out what on Earth was wrong with our faces.  Riya just kept saying, “Why you look like that?” over and over again.  Knox didn’t even notice and insisted on being picked up and carried, so he he was as blue as a smurf by the time we finally got him in the bath.  I’m still pretty sure they would have hated it if they went now.  But maybe in a couple more years they would be more game for it. 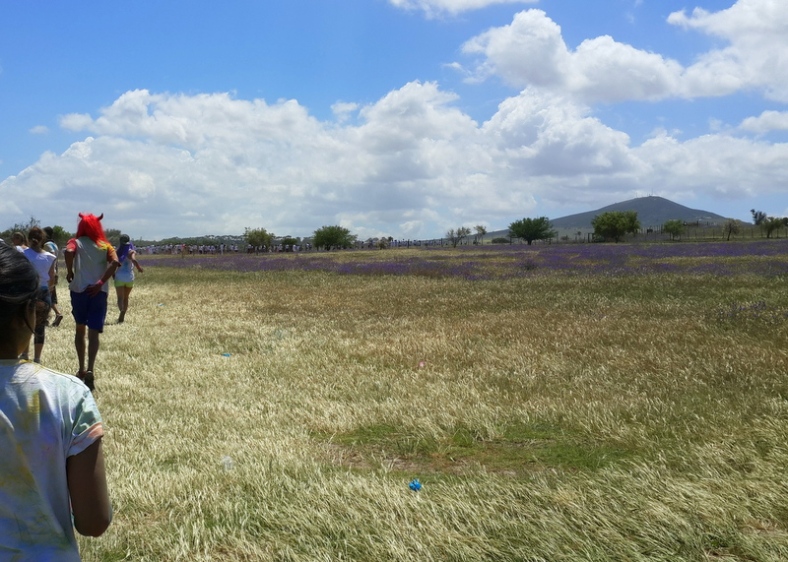 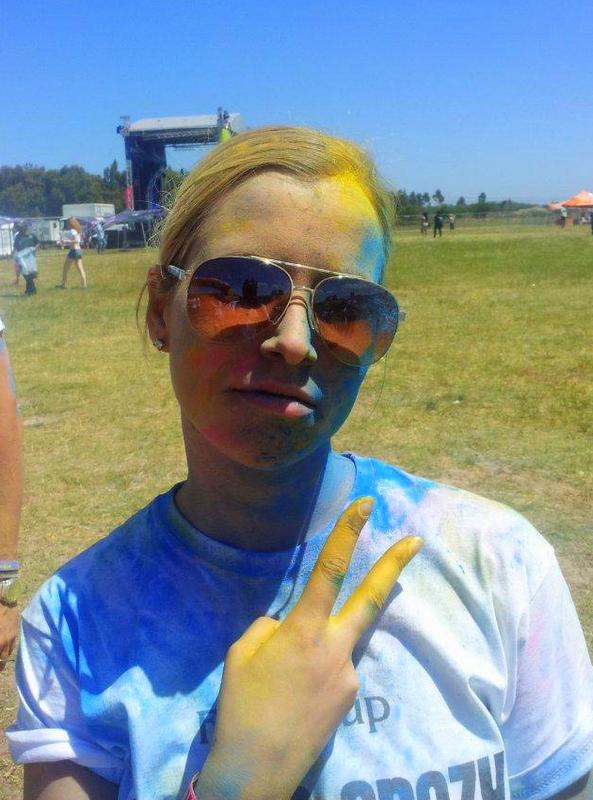 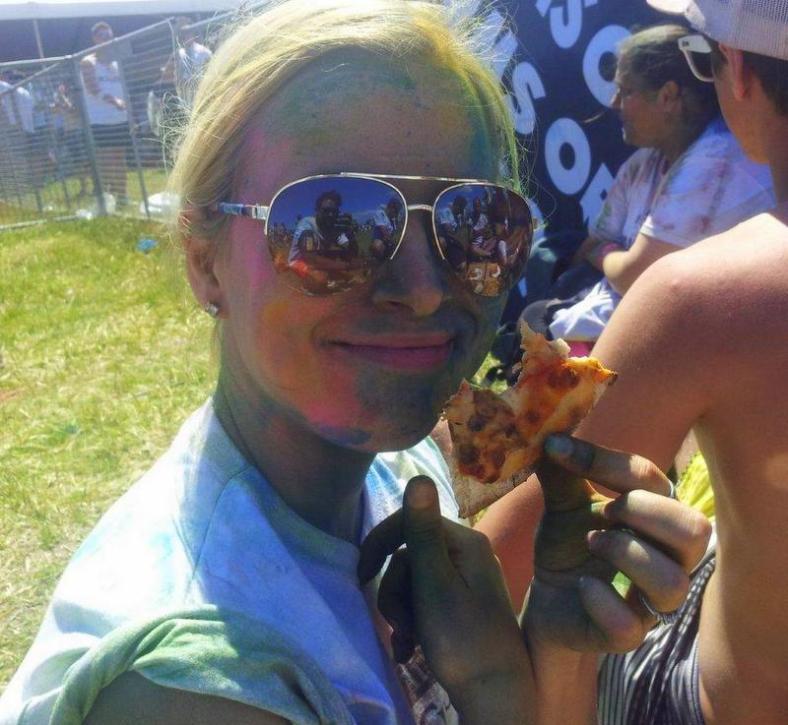 One thought on “We Got Coloured”