This week has been pretty amazing – on the blogging side of things anyway.   The Spar Savour Magazine issue is just too cute and then thanks to Sticky Fudge, the post about Riya’s first photo shoot went wild.  Thank you to all you new faces that I see that have liked our Facebook page – you’re awesome!  Like really awesome.

But there’s nothing that brings you back down to Earth more than being called away from your wedding day to perform random elective surgery on unsuspecting patients.  Yes you read that right.

Seth’s Mom’s sister, Aunty Caron (say that 10 times fast), arrived from New Zealand last Friday and brought with her many beautiful gifts for the kids.  And despite being overly excited to see Aunty, they were enthralled with their gifts which included a pink tutu, doctors set and a gorgeous head band that looks like a veil.  Obviously all of these items went on simultaneously and we spent the rest of the afternoon receiving injections in our faces…  Because apparently that’s what Doctors do.  On another note, I think we need to change Doctors. 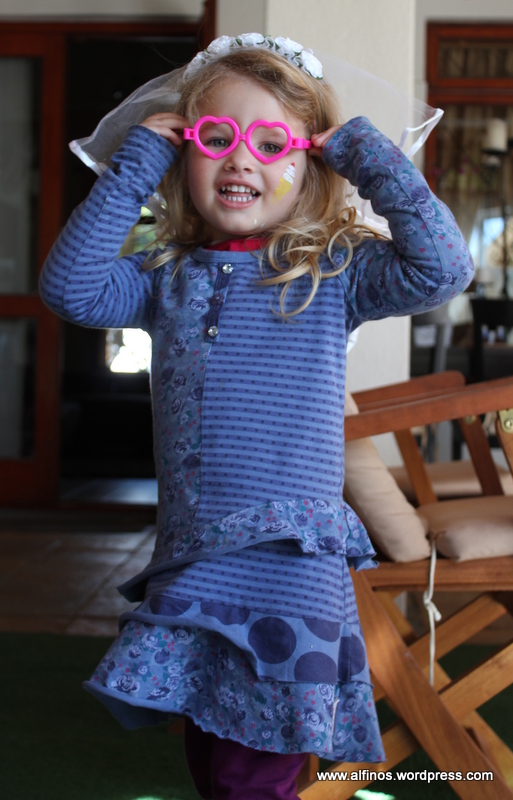 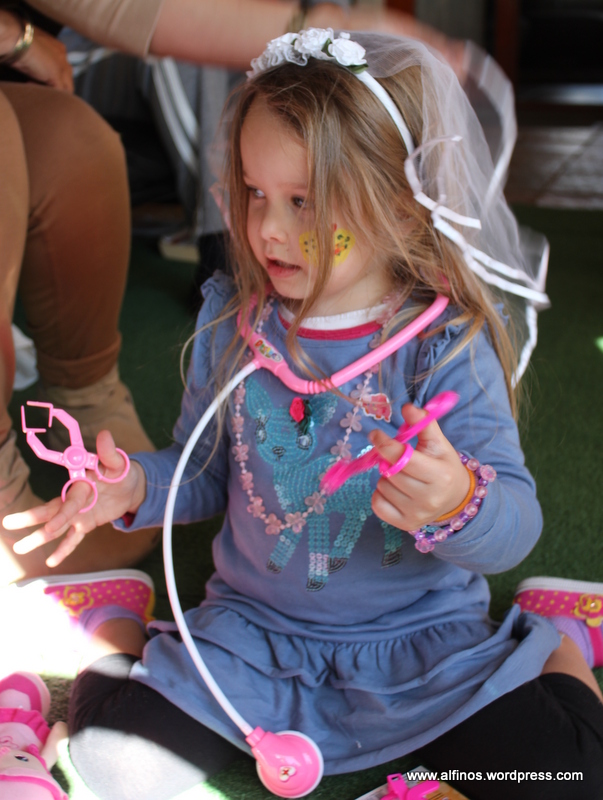 Watching them be the Doctor is just too funny.  They check what’s wrong by actually asking and listening to you, listen to your heart in your stomach and then prescribe lots of medication which is administered through a needle into your face.  It’s all very entertaining.  Especially when you scream and give them the fright of their lives when they give you the injection.  Man, I am still laughing at Riya’s face after that.

Yesterday afternoon I happened to mentioned to Riya that if she kept putting that pencil into her mouth we were going to have to take an afternoon stroll over to the hospital to have it checked out when it lodged down her throat or pierced her tonsil.

Without missing a beat she took my face in her hands and said, “Mommy looks at me.  Looks at me.  Now say HOFF….”

Me (unsure of what was going on but willing to go with it): “Hoff”

Me (totally unsure now as to what the heck is going on): “Bill”

And with that I am off to try to intravenously insert caffeine into my blood stream – without the help of my doctors.

3 thoughts on “Back To Reality”