Really I couldn’t.  I think I would kill the children…  Or at the very least curl up into a ball and cry in the corner.  What brought this on?  Well that’s a good question…

The other day I had a little bit more energy than usual and spontaneously decided that we were going to learn about animals.  Easy peasy lemon squeezy – they love looking at books and doing the actions with me for all the different animals – so this will be a breeze.  So with a happy skip in my step (for being so proactive) I ran to their room to fetch all their animal books.  (I ran because I left them alone together in the lounge – no I’m not worried about the child proofing…  That’s sorted…  I’m worried that they will have bald spots from all the hair pulled out in those 2 seconds…)

I returned with 2 books filled with animals, excited to get Kyla to help me teach Riya all the animals and the sounds or actions that they make.  I managed to round them up into a circle and this situation unfolded…

Me, “So girls, do you feel like looking at the animals?”

They both sit down and simultaneously grab the same book.  I should have known then that this was going to be a failure, but I persisted (after prying it out of their hands and insisting it would be better if Mommy held the book so they could both see).

Me, “Look there’s an Elephant, how does… Kyla no, Mommy is holding the book.  No.  Let go.  So how does an Elephant go?”

Riya tries to do the same action and secretly I’m thinking “Oh yeah.  It’s working.  This is awesome!!!”

Then suddenly the book had disappeared and it reappeared on Kyla’s lap and every time Ri went anywhere near it all Kyla could say was, “No ME, No ME, No ME!!!”  (When trying to imagine this it’s best to say it in that whiny ‘the world is going to end unless I get my way’ cry voice…  You know that one…  Yip now you’re getting it)…  Riya is now trying her best to get it away from Kyla, and the more Kyla is shouting the more energy RiRi is getting.

When Ri doesn’t get her way she resorts to biting…  But it’s a very special type of biting, because if she cannot latch her gorgeous little gap teeth onto the intended victim she will just bite herself instead…  Where the logic is in that I don’t know, but so be it.  This time though the bite found the actual victim and then Kyla launched into attack mode trying desperately to smack Riya back even though I am trying to pull them apart.

Finally I get them settled but they refuse to look at the same book. It’s over.  No more learning happening here.  (I must just say that this all happened in the space of maybe 10 minutes)…

Onto plan number 2.  Let’s play with playdough on the table where Mommy can see them while she attempts to make some kind of supper.  This had to be fool proof.  So there they are, sitting opposite each other playing merrily with the playdough and Mommy successfully starting supper.  As I look up I realised that Riya was eating the playdough…  Like full on eating it.  But of course she was!  What was I expecting – Ri eats EVERYTHING!!  So I reprimand her and threaten taking it away.  She looks up at me and shoves a fistful into her mouth… 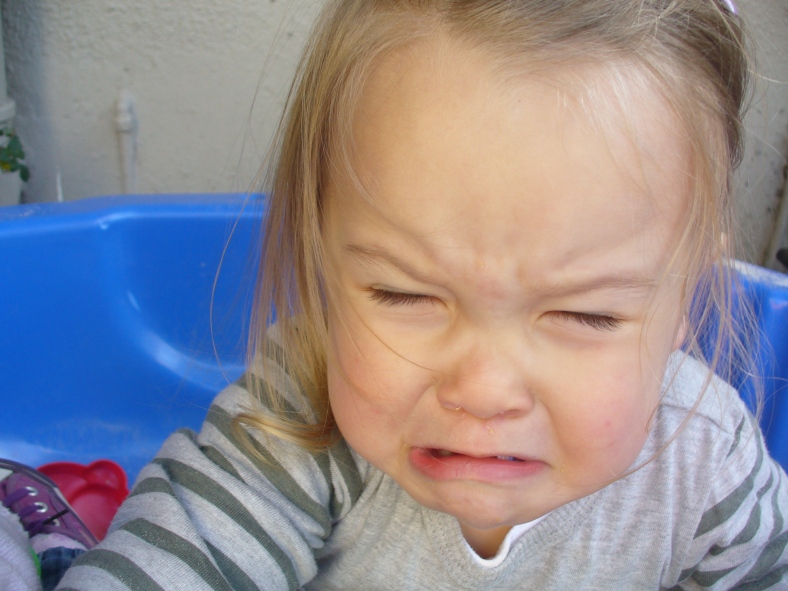 And so I gave in…  Gone was the day of learning and playing nicely together…  Gone were the good intentions of helping my kids learn and grow…  It was time to chill out by the TV so that supper didn’t burn and extra salt to my wounds.

So basically, well done to all of the stay at home moms who persevere through the good times and the bad times – you’re amazing!  Good on you for keeping on keeping on!

3 thoughts on “I Could Never Be A Teacher”