I cannot believe it has been just over a full year since I was last pregnant with our second daughter…  I almost feel like I deserve a pat on the back for making it so long without another Alfino baby scan making an appearance.

When we found out we were pregnant with our second child so soon after the first, I thought we would be having Irish Twins…  This is totally a possibility as I am an Irish Passport holder (I know that this fact has probably cleared up many other thoughts you had about me – blonde AND Irish – imagine the jokes – endless possibilities)…  So what’s Irish Twins – well basically it’s when they have the same birthday but a year apart – you know, the Irish would just call them twins.  Despite the fact that this was not the case (it was a year and 2 weeks exactly), I still like to think of them as my Irish twins. 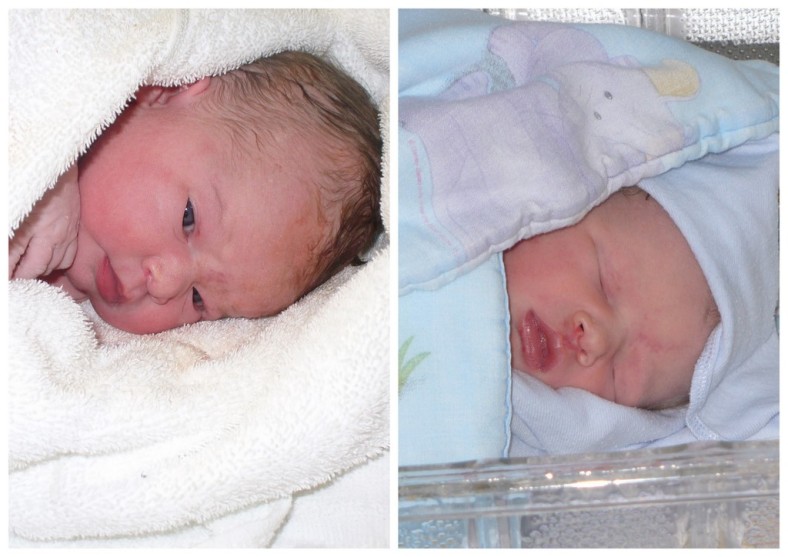 Though their appearances are almost identical (even sharing the same birth mark on the back of their neck – just like their Mommy), that is where the similarities end.  Kyla is shy – Riya is outgoing, Kyla is serious – Riya is happy, Kyla is gentle – Riya is not, Kyla is careful – Riya is fearless.  Kyla is always ready to say sorry, Riya will have none of that.  Kyla will vomit if something random goes into her mouth, Riya will devour something random on purpose.  I could go on for ever and ever!  It is these beautiful qualities coming through more and more every day that make them who they are.  They play off each others differences and love each other for it (most of the time).  Everyday they become closer and closer and it is beautiful to watch.

I would have posted more similar pics, but to sort through about 1000 picture or more to find where their positions are kind of the same at the same age is just far too time consuming – soz!

Looking forward to Alfino bambino number 3 – I’m hoping that he (yes, we are hoping for a he) will be my Seth replica!