Since this past Saturday was such an amazing day, we thought it only fitting to spend it outside. 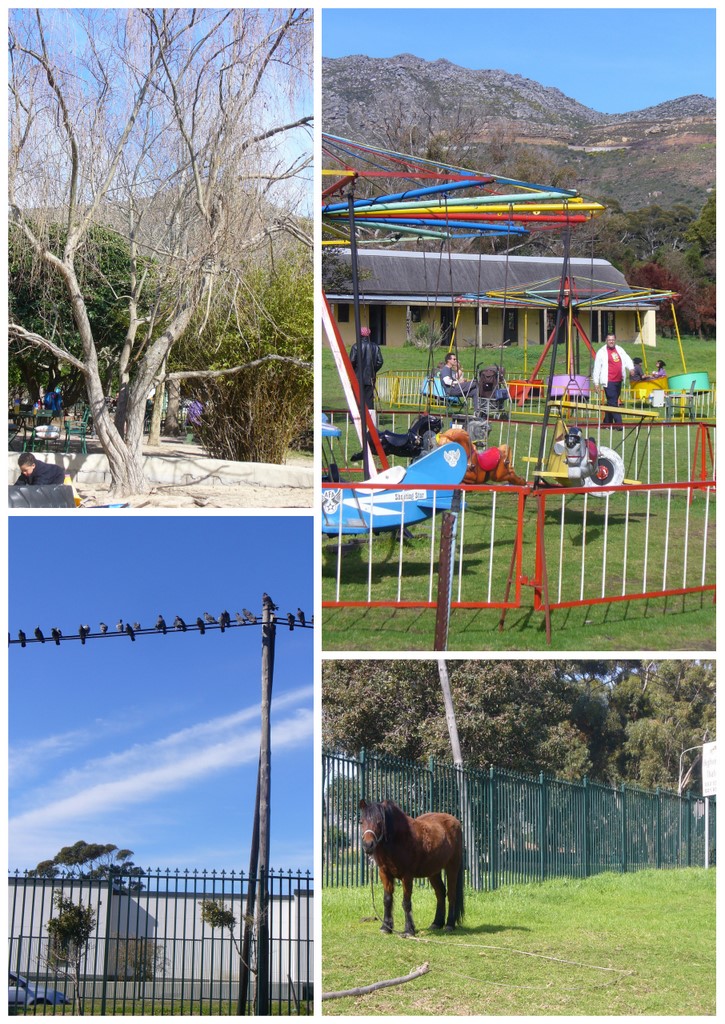 First we took Riya for her Chicken Pox injection (which ended in the biggest heart sore tears that were only soothed by a biscuit…  Not a cuddle from Mommy – despite my effort to console her), then we met with Romy and Papa at Melissa’s for coffee.  After exploring the area a bit and the kids being borderline crazy, we piled them into the car in the hope that they would sleep on they way to The Barnyard – which they did. 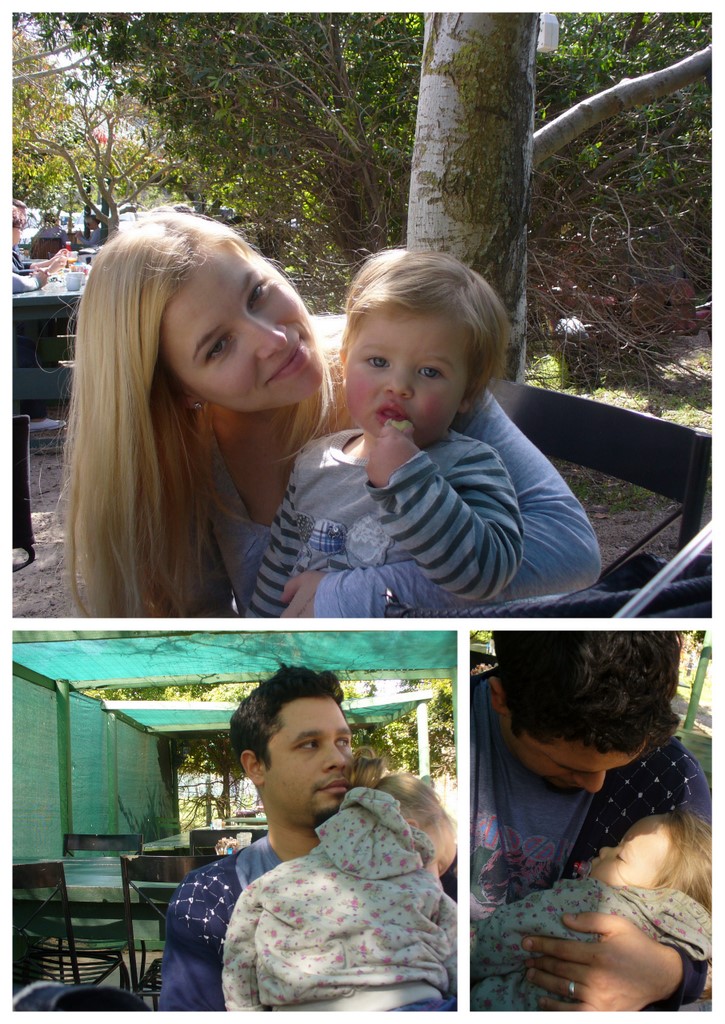 We settled in at a table, which was a good thing because the food took forever to arrive!  We weren’t there long when the girls woke up, which put a stop to the thought that we would have a relaxed lunch and we quickly finished our meal…  I suppose that you would think that out of the 2 meals, I would be the one indulging in the salad…  No…  Leaves are for rabbits!  Give me a burger and chips!! 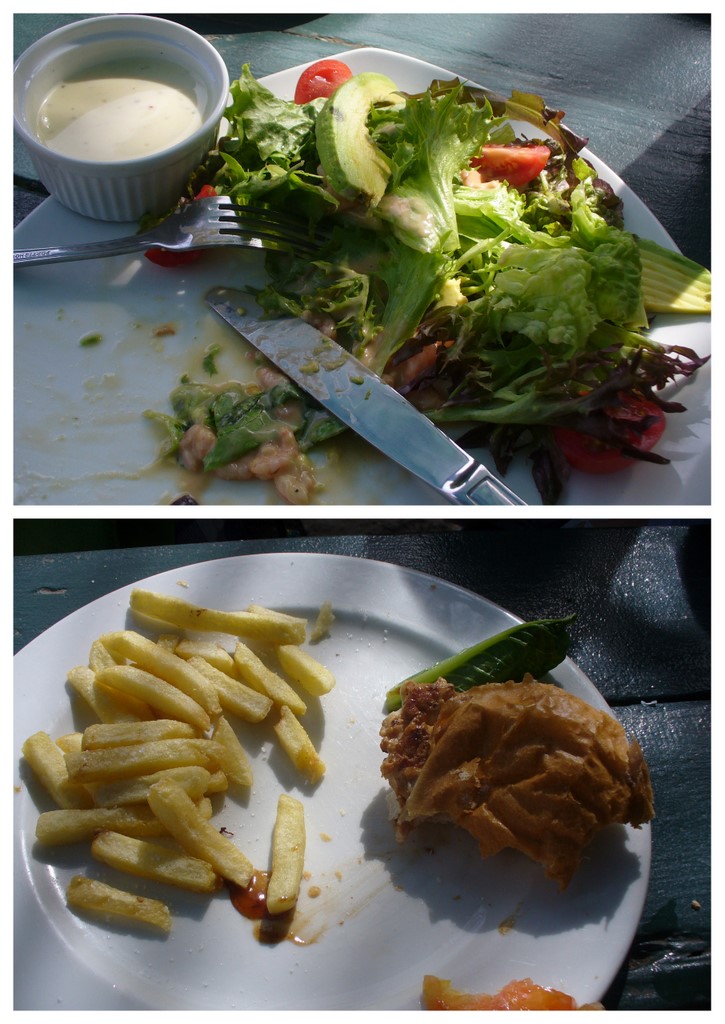 Now that both girls are old enough to really enjoy it, they were on a mission to look at everything and take as much of it in as possible.  It really was a beautiful day, so they really got stuck in to all that the Barnyard has to offer…  Which is slap chips, sand pits, stinky animals, grass covered hills and swings!  Who could ask for more!! 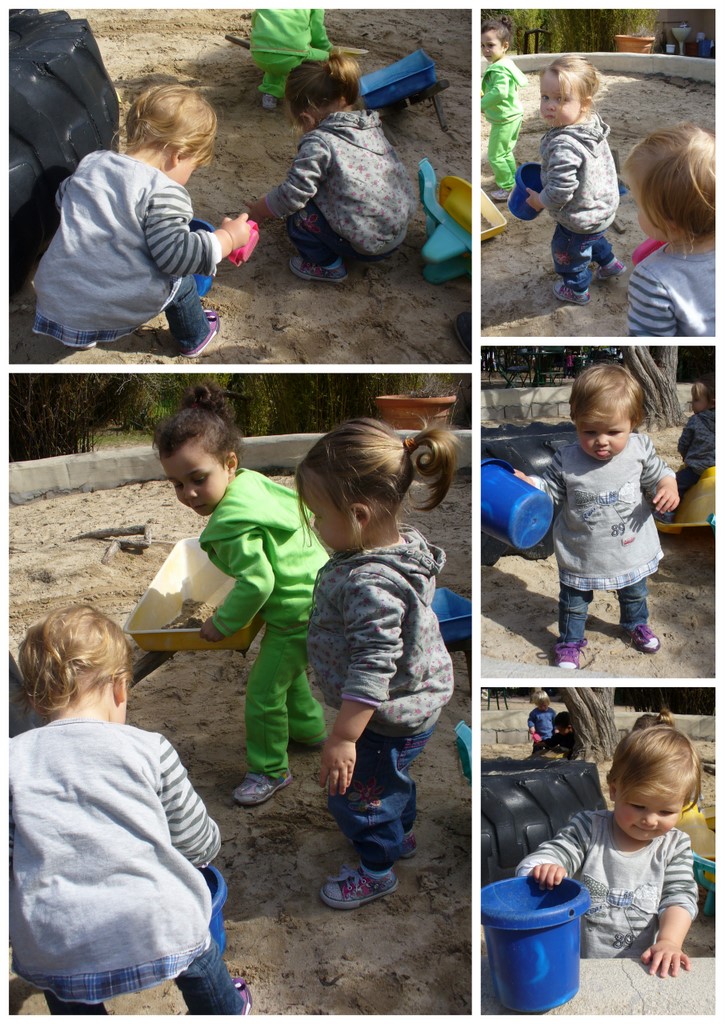 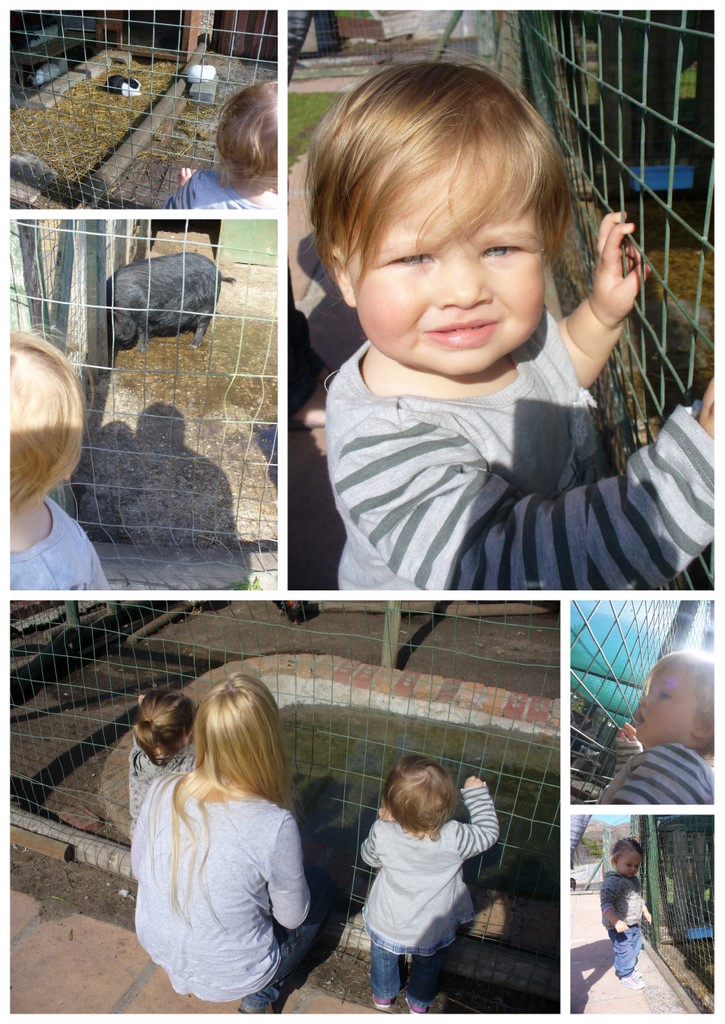 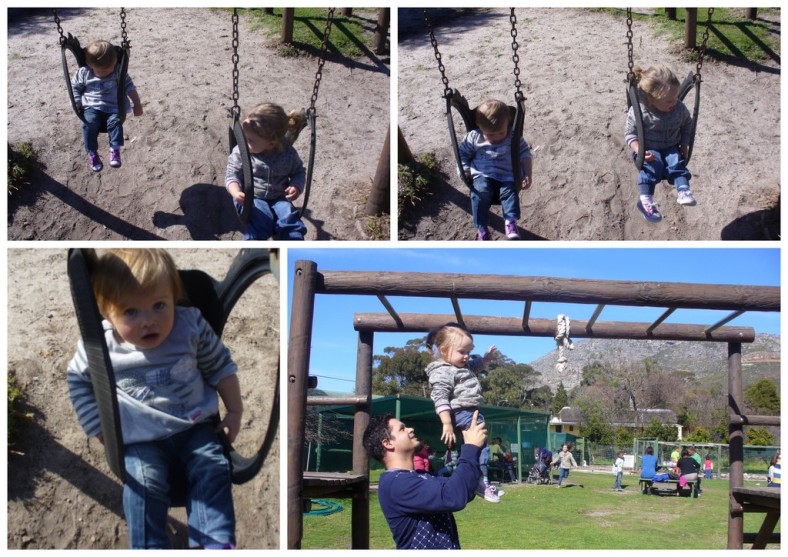 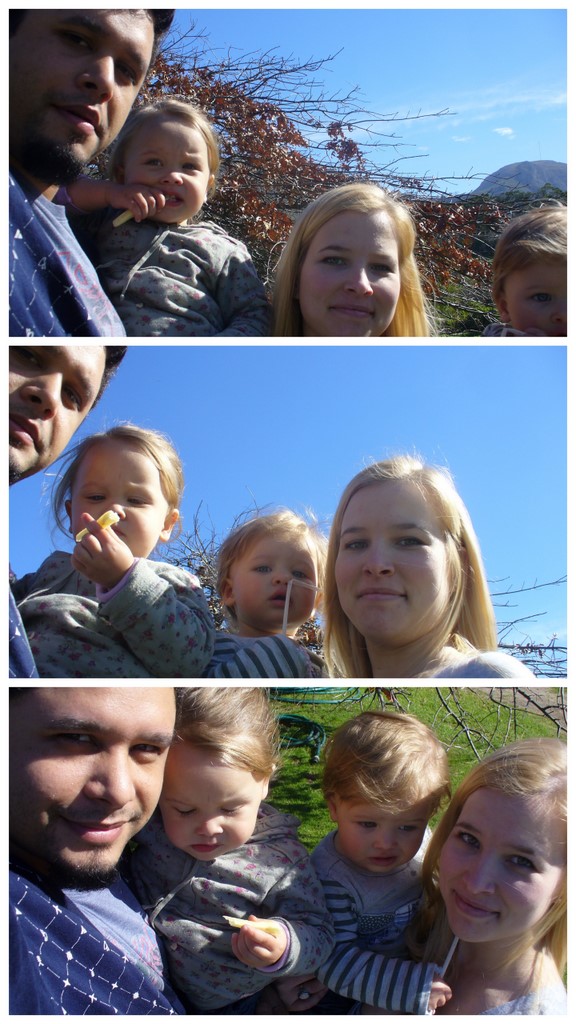 After that we stopped in at the shops that are close by to see if we could find something cool for Ga’s birthday…  Instead we found this: 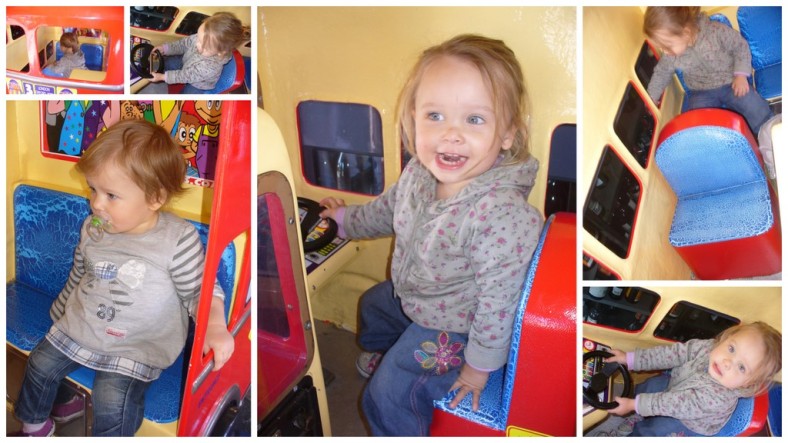 Kyla was so taken with the thing that she kept shouting “Go, Go, Go” to us (which means that she actually wanted us to leave) we even hid behind a pillar in the hopes that actually going would freak her out, but no, she would have been quite happy without us.  Eventually we had to grab her kicking and screaming from it so that we could get a tired and miserable Riya home.

4 thoughts on “The Barnyard Was Calling…”