The moment you mention the word “park” in our house (or especially Ga’s house), it will be instantaneously followed with Kyla jumping up to get her jacket and hat – no matter what she was busy doing.

Luckily there is a park just 2 minutes walk from Ga’s (Seth’s parents) house.  It is a cute park, but the only problem is that it doesn’t have a slide – it does however have a “forest” (like 10 trees) over the road, perfect for an after park stroll.

Riya’s most favourite thing to do is swing on the swing.  She just chills and hums – don’t dare try and remove her if she’s not ready!! 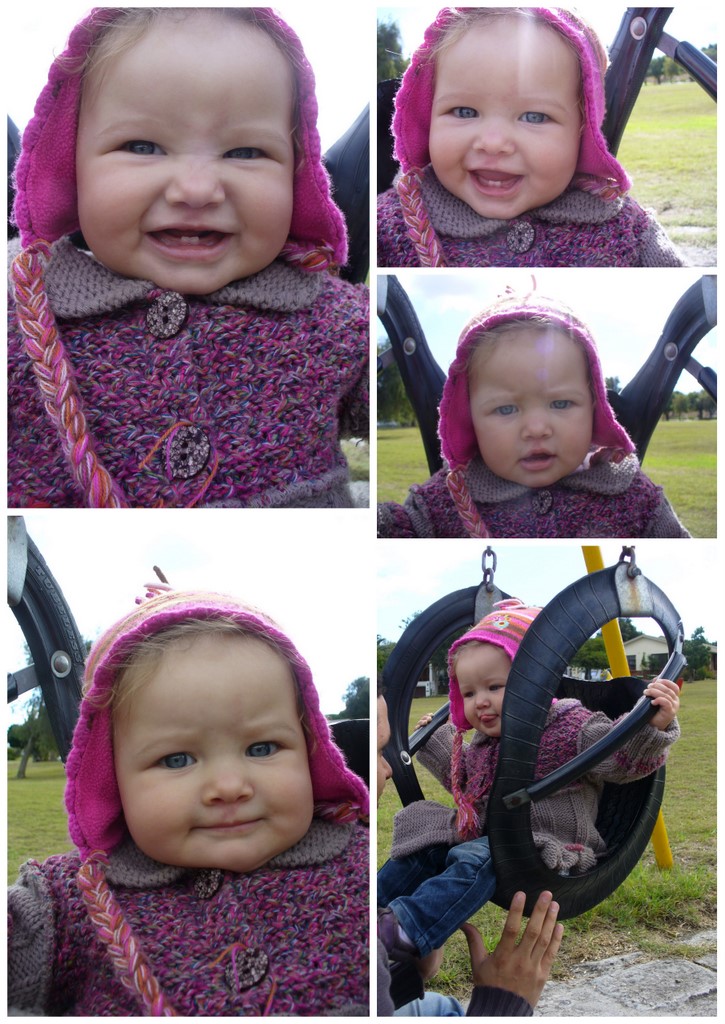 How precious is this girl!!

Kyla is a creature of habit and will visit each item in the park in order everytime.  She isn’t really a fan of the swing though and keeps herself entertained by attempting to eat her foot! 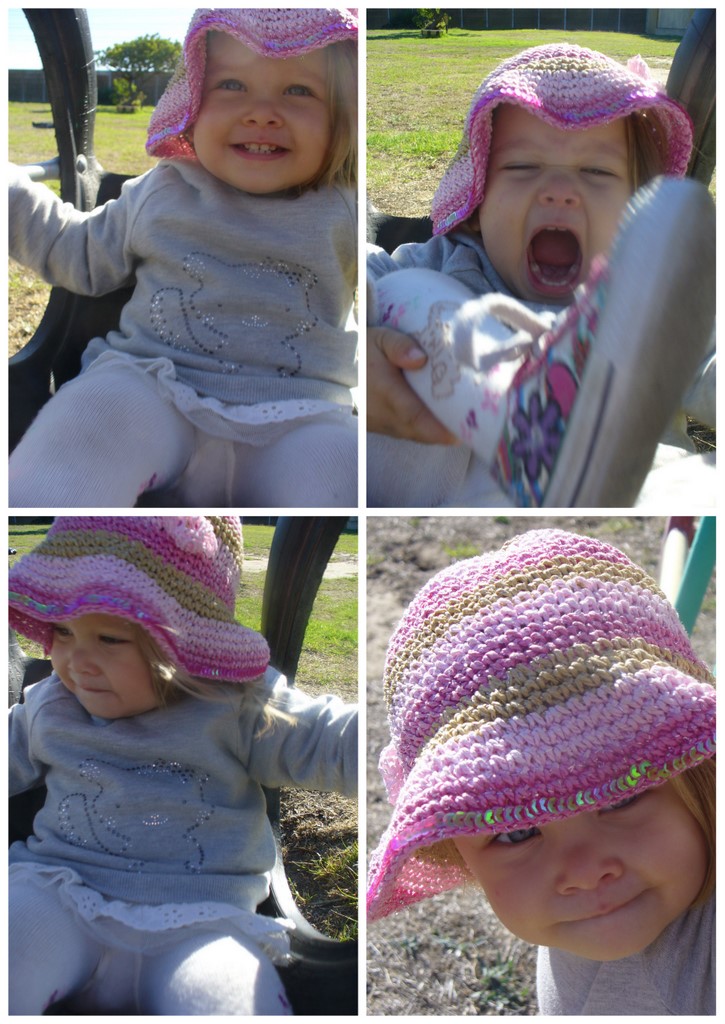 After the visit to the park it is mandatory that you take stroll through the “forest”, should you try to deviate from the set regime you will regret it minutes later when the screaming starts!  It’s cute though, Kyla has been trained not to step into dog motion, so every time she sees it she says “poo poo” (TMI I guess, but hey it’s better than a swearword!)

The girls are also starting to play together better, though you’d never say if you saw them in person – they really do love each other. 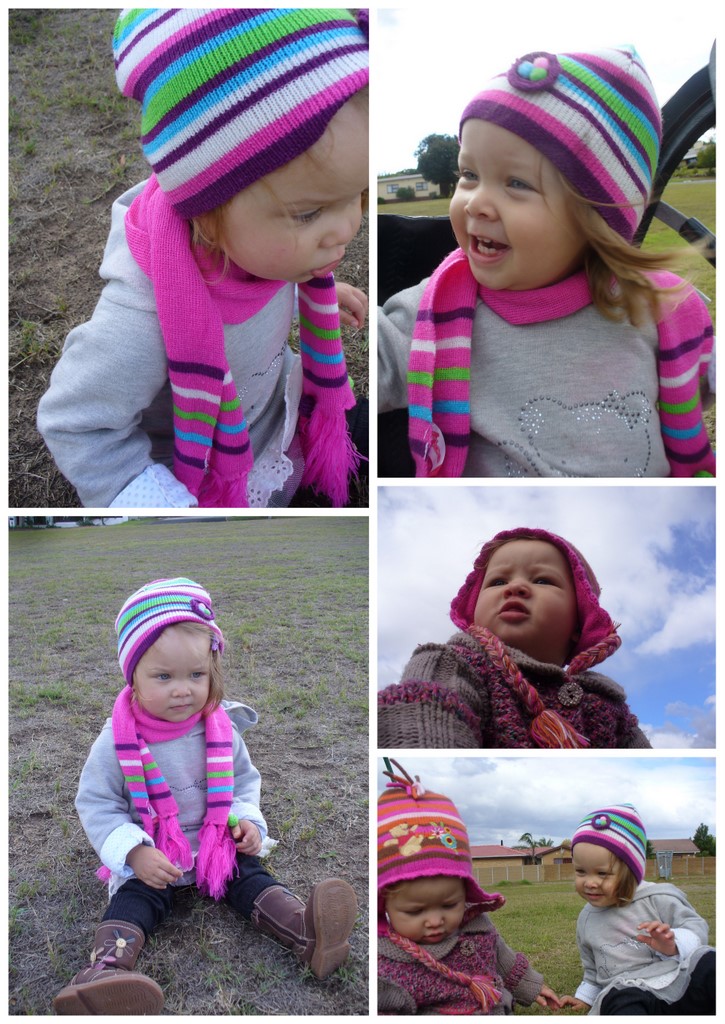 And what would a trip to the park be if the adults didn’t act like children!  (Please notice Riya’s facial expression in the bottom left pic)

This one really speaks for itself…  Doesn’t it?!

You will notice that in the bottom right picture Kyla is riding her bike…  It doesn’t matter how slowly she is going you are NOT allowed to push her, woe to you if you attempt to touch the bike – you will be struck down with a look of death (which is totally something she did NOT get from me!)  We have had to install a feature where we tie a rope to the front ad walk a distance in front of her but pull her at the same time! 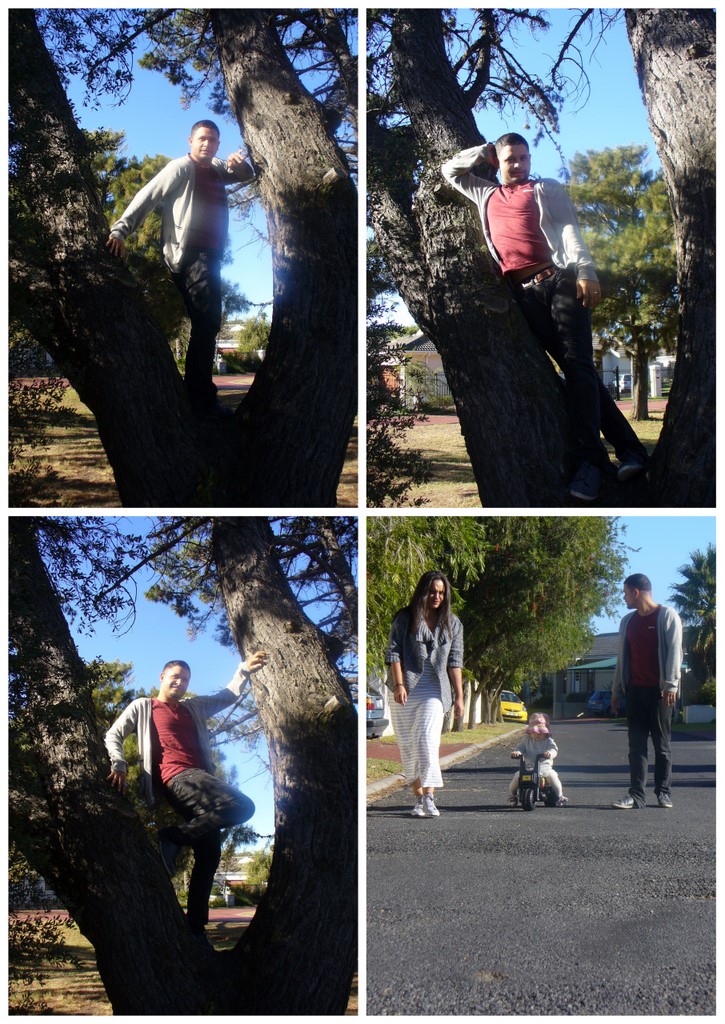